I’ve been wanting to share this story for a long time. Andrew and I met on a double date. And no, we were not there with each other. You see, I was engaged to be married and Andrew WAS married when we met.

My ex fiancé and Andrew grew up together, but they weren’t super close after they went off to college which is where I met my ex and Andrew met his ex wife. My ex and I moved to Indianapolis after graduation and that was when he reconnected with Andrew. They set up a double date for the four of us one night.

We went to the Eagle, a fancy restaurant in downtown Indianapolis. It’s on the top floor of the second highest building in the city (Don’t quote me on that). My ex and I got there first. We sat at a small, square table for four. My ex and I sat next to each other. When Andrew and his ex wife showed up, Andrew sat straight across from me. That night was so weird. Especially looking back on it now.

No! There was absolutely not flirtatious eye contact back and fourth between the two of us. I’m serious. There wasn’t. Instead, it was more like my ex fiancé and Andrew’s ex wife painting this strange picture that

Andrew and I were basically the same person. Everything she said about Andrew was SO true of me. I remember getting up from the table after dinner was done and thinking, “I feel a connection with this person.” That was it really. One small, completely platonic thought .

Andrew’s Version of the Story

In Indianapolis we have this thing called “Devour Downtown”, which happens twice each year, once in the Spring and once in the Fall. As a financially struggling Medical Student, I always tried to take advantage of this event because you can eat at nice restaurants for about 50% off.

Anyways…I would occasionally make it a group or double-date. For this particular evening, I decided to ask one of my friends from childhood and high school if he and his significant other wanted to go (yes, this was Miranda and her ex-fiance). He said yes and we set the date.

It was at the Eagle, a very nice restaurant on the top floor of one of the highest buildings in Indianapolis. I had never been. My now ex-wife and I showed up second (I knew this before arriving at the restaurant because the building made you sign in on the ground floor and I saw Nick’s name about 5 minutes before mine).

Miranda and I ordered the same thing and throughout the night, it was apparent that we had a lot in common. It was completely innocuous, though. There was no flirting or anything inappropriate, even though Miranda got a little tipsy right off the bat (nothing has really changed there haha). In fact, despite the fact that we ha so much in common, I don’t think that I thought much about her until about a year later when I invited her to play on my Med School soccer team.

As we discovered during that double date, Miranda and I had a ton in common. One of the things we shared in common was that we were both collegiate soccer players. I continued to play after Undergrad in several mens and co-ed leagues.

About a year after we initially met ( and with no contact in between) I reached out to her ex (they were still together at that time) and asked if she would like to play on one of my co-ed teams because we always lacked sufficient women to play. She thankfully accepted and joined the team.

She would always show up and stand by herself and act kind of awkward because she didn’t know anyone but me…and we didn’t know each other very well either. I made it a point to always include her in conversations and warm ups and would talk to her after the games so that she didn’t feel like she didn’t fit in. She was even on the field when I dislocated my knee…but didn’t come over to make sure if I was ok lol. But still, nothing flirty…barely more than acquaintances

From Miranda’s Point of View

My ex asked me if I wanted to play on Andrew’s soccer team. I said, “yes,” because I missed playing soccer so much (not because Andrew is HOT). Seriously though, I didn’t think that at the time. I WAS super awkward because I didn’t know anyone besides Andrew.

He was always thoughtful in making sure I was included. One night, it was freezing and he let me wear his jacket. As he ran onto the field and I was wearing his jacket, he made sure to let me know there was a gun in the pocket. Umm…. scary?

Anyways, the day he hurt is knee was our last game of the season. I remember his ex wife walking out to him on the field laughing at him. I thought that was weird. I was so ready for the season to be over. I dreaded going every week and feeling like an awkward turtle that no one wanted there.

This is when I get a direct message on Instagram from Andrew. Haven’t talked to the married dude since the soccer league that I hated going to. I’ll let him take it form here..

Ok…Long story short, my ex-wife had been having at least 2 affairs and it came out right after I graduated medical school, right before I was set to move 4.5 hours away to the Michigan lakeshore for my Residency. In a lot of ways it was a “clean break” and it made sense that she told me then.

Regardless, I was in a new town, didn’t know anyone, had nowhere to live (we had planned on moving together and couldn’t find a place that would let us bring our dog…but she kept the dog), was living out my suitcase and car. Thankfully my residency provided temporary housing right next to the hospital that was typically reserved for medical students.

But I was still alone. I had a “roommate” (another resident who was waiting for his house to close) but I didn’t know him and he had a baby and wife so not really somewhere I would fit in at this point in my life. I was literally going through the motions. I would wake up, go to residency orientation, work out, and then start drinking on the couch and watching TV. If I didn’t have anything to do, I would drink all day and watch golf, or movies, or whatever else to keep me “busy.” I was Depressed!

Then a little memory came to me in the back of my mind while I was scrolling through Instagram. I came across a story or post from Miranda about drinking wine in the shower. It made me laugh and I remembered that she went to Undergrad in northern Indiana. I thought to myself “that’s not TOO far from where I am”, so I sent her a DM.

I PROMISE that it was innocent and I had no intentions other than being friendly (even though I had seen on Facebook that her and her ex had broken off their engagement). I simply asked “aren’t you from northern Indiana? I just moved to Michigan and want to know if you know anything to do near where I’m at.” She replied, “actually, I’m from Michigan!” And then she called me out of the blue…

The Instagram message was weird and random enough, but a text?! Something seemed fishy. I called his ass and was like, “Why are you texting me?” Classic Miranda. I’m literally in the car on the way to my new “boyfriend’s” apartment.

All of a sudden Andrew opens up telling me all of the above. No one really knew…. besides me. After that, we were constantly texting, snap chatting, and talking on the phone. Andrew came down to Indianapolis one Friday night and took me on a date. It was the best. He was the best.

So my friend, that is how we met. On a double date. And look at us now. I remember writing in Andrew’s birthday card a month or so after we had been dating that I wouldn’t change a thing about what I had been through because in the end, it led me to him. And the exciting thing is, this isn’t the end, it’s really just the very beginning!

I’m a newlywed living on the West Michigan lake shore in a creaky old Victorian with my hubby and two pups, Porter and Piper. I wear a lot of hats, and I believe everyone has the power to create a home, life & business that they LOVE. Don’t forget to subscribe for all the juicy updates I send out each week! 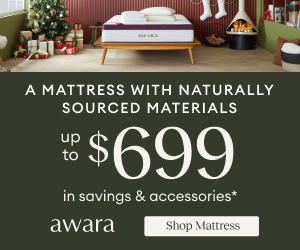 A little #MondayMagic brought to you by my sweet f

Happy Sunday. This room is getting a whole new loo

This has been the longest week ever 😭 #TGIF⁠

I feel emotions & I feel them DEEPLY.⁠ ⁠ It's

DANCING IN MY SKIVVIES W MY HUSBAND TO LET YOU KNO

This Site is a participant in the Amazon Services LLC Associates Program, an affiliate advertising program designed to provide a means for sites to earn advertising fees by advertising and linking to amazon.com.

As an Amazon Associate I earn from qualifying purchases.

Book a Call with Miranda